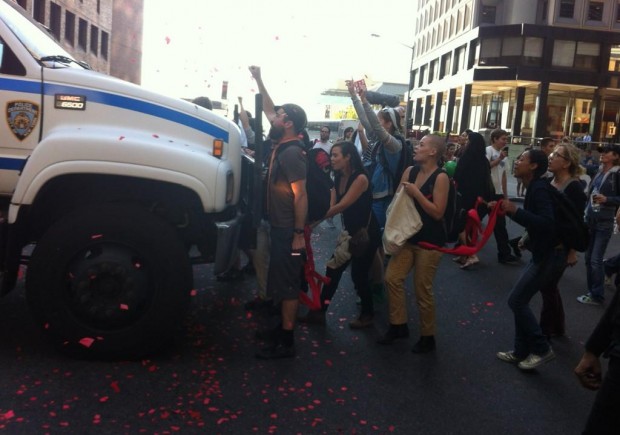 September 17th marks the one year anniversary of Occupy Wall Street. The movement, which started in New York City’s Zuccotti Park, quickly spread around the world. Protesters are marking the anniversary by holding marches in 30 cities across the globe, according to USA Today.

The L.A. Times reports that some New York protesters are wearing hats and masks, bringing birthday cakes, and blowing horns to celebrate Occupy Wall Street’s birthday. This morning, as NYPD officers blocked the marchers from heading towards the stock exchange by setting up metal barricades and asking for worker IDs, smaller groups split off and headed toward targets like Broadway’s Bank of America building.

According to The New York Times, as of this afternoon, 146 protesters have been arrested “for impeding vehicular or pedestrian traffic.” 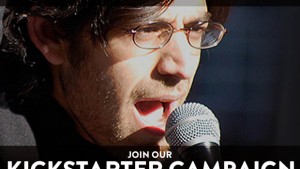 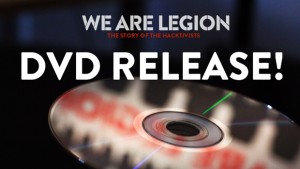